The most important information & explanations

On the flashing scoreboards above the tables on which the last won numbers are listed, the minimum bet and the maximum bet per game are shown. Often startig at 5 US Dollars in the smaller casinos, major tables are to play with $10 and $15.
This does not mean that you have to bet 15 Dollars on a single number. You can spread the minimum amount between different bets and numbers at the table. So it's possible to bet 5 bucks on any number, and another $10 on.

The player has previously exchanged his cash for chips at the dealer or cashier and places his bet, which of course may also exceed the minimum bet of the table, to one or more of the 36 individual number fields, the Karrees, on the Zeros, on the fields for the bet on red or black, or on different number ranges.
The ranges are included in the numbers: 1-12, 13-24, 25-36 or divided in even or odd.

The dealer throws the white ball into the rotating wheel after all the guests placed their bets, so that ball and wheel rotate opposite to each other.
After a few seconds, the dealer swipes over the table without touching the chips and from now on no chips may be laid, raised or removed. The ball lands in the box of a number inside the wheel and the winning number is decided and appears on the scoreboard.
The dealer pays the winners according to their bets and pushes the lost chips into a slot that catches them under the table.

In classic roulette with one zero, the house edge of the casino is 2.7%, for games with Double Zero, it is 5.26% for the casino. The house edge on the new roulette tables with 000, Triple Zero, is much higher.


Since the 18th century, players have been trying to beat the bench through a variety of systems.
None of the systems has worked sustainably so far and any form of attempt to manipulate the game is of course prohibited. 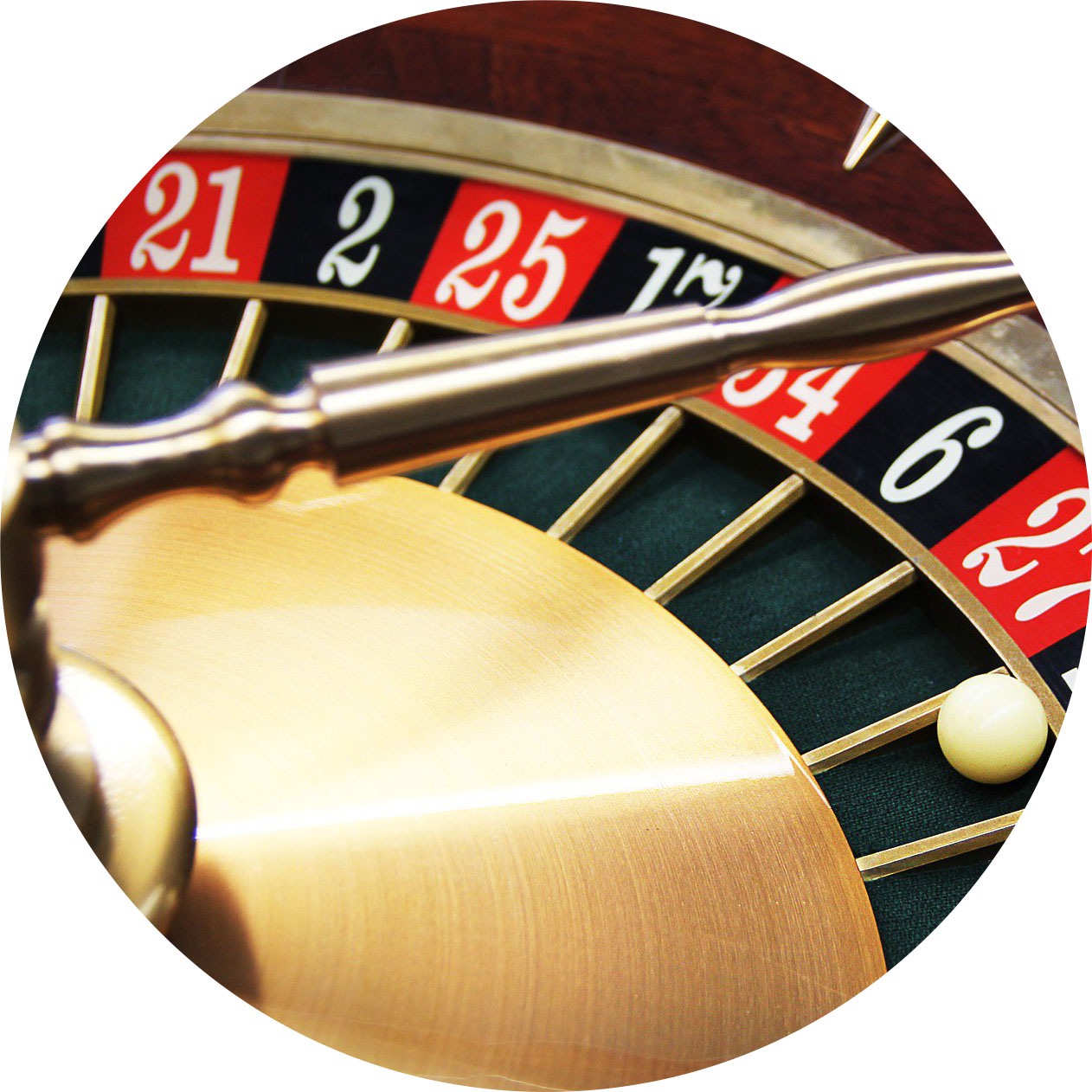 At the BlackJack tables, as with all other table games, there are minimum and maximum bets which are marked on a little screen on the table.
Between 2 and 4 deck of cards are used, which will be handed over from the dealer. There are various forms of blackjack, which are visibly advertised on the table.
The most common U.S. variant played in Las Vegas, is that once the dealer reaches 17, he does not draw another card and player's blackjacks are paid with the bet x 1.5. Here, the house advantage is 0.5%.
The rules are simple and the tables are usually surrounded by friendly players who like to give tips and rejoice in the success of the other players.

Card values:
Aces count 1 or 11 points (the value can be decided by the player)
Picture cards (jack, queen, king) count 10 points
Two to Ten equal to their number

The win of a hand is paid by doubling the bet, a blackjack, ace and 10 or picture card without the dealer having it, with the bet x 1.5.

The dealer starts handing over the cards after the player`s chips with the current bet are placed on the table.

Steps in order: Each player gets the first card face up The dealer gets his first card last, also revealed Each player gets the second card face up in turn The dealer gets his second card last and lets it flip
In case that the dealer has handes himself a 10 or a picture as the first card, he checks immediately after receiving the second card if he has a blackjack.
If there is a blackjack, all other players have lost their hands immediately. If there is also a blackjack among the players, a push will take place, which means that there is no profit but no loss for that player.
In case that the dealer has handed himself an ace as the first card, he will ask the players for an insurance without checking his second card. This can be placed by the players as an insurance against a possible blackjack and will be paid 2:1 in this case. If the dealer does not have a blackjack, however, the chips of the insurance are lost. * Without these both cases, the dealer asks each player in turn if he wants to draw another card or stick with his hand: hit means to draw, stay means no more card* When all players have finished their hands, e.g. have drawn or not drawn, the dealer reveals his second card and decides on the basis of his value whether he still has to draw or not. In the best case, a bust happens, so the dealer draws cards that end up above 21, ensuring that all players at the table who have not overbought (busted) themselves, win.

There are countless combinations and strategies. We therefore recommend the following Literature 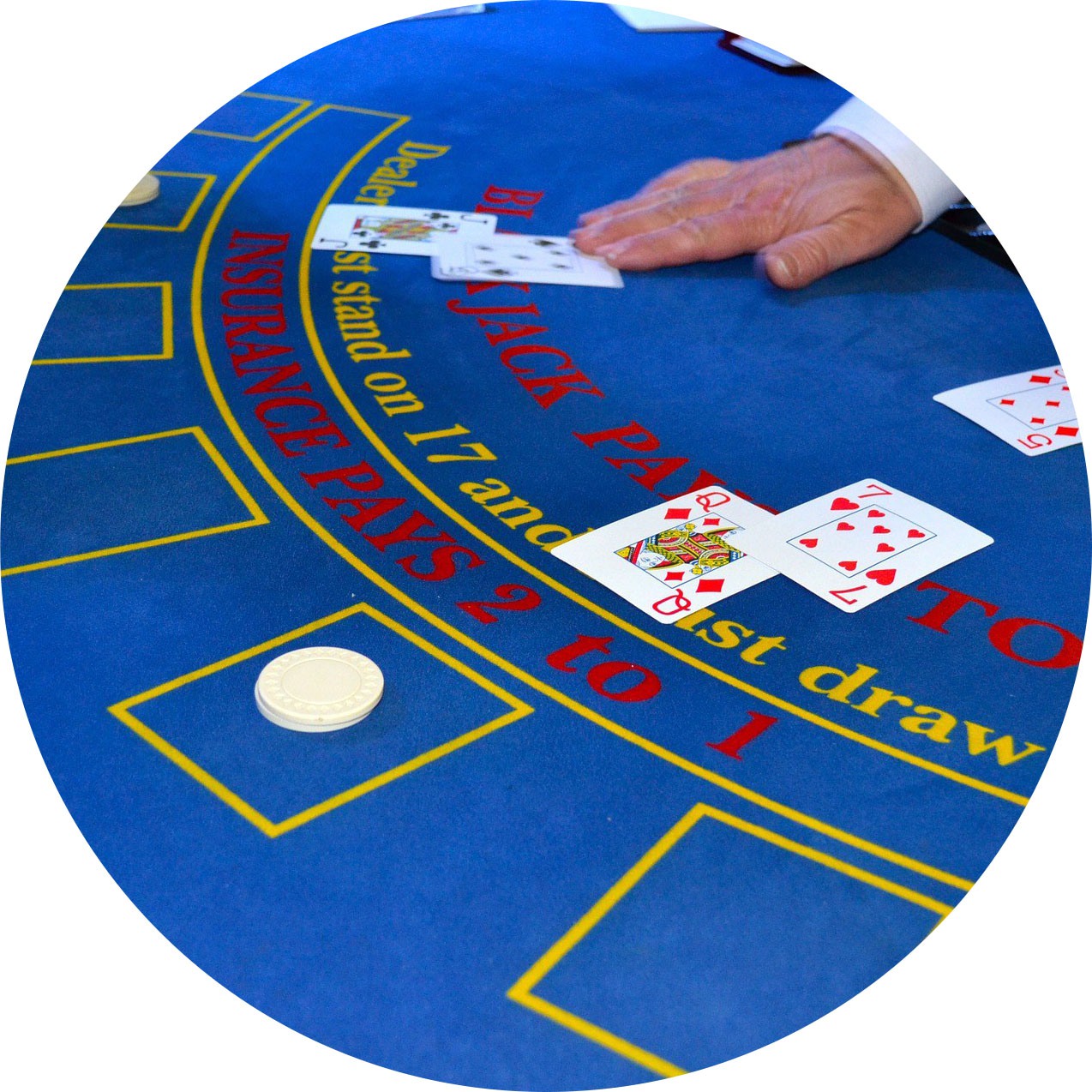